After seeing New Zealand outmuscled by the Ireland pack, new forwards coach James Ryan says the All Blacks have a point to prove when they clash with the Springboks in the Rugby Championship.

New Zealand Rugby reacted to the historic series defeat by the Irish by sacking forwards coach John Plumtree and attack coach Brad Mooar, with Ryan brought in to assist under-fire head coach Ian Foster, who kept his job along with captain Sam Cane.

Former Ireland coach Joe Schmidt, now a selector for New Zealand, has taken on a key analysis role and will work alongside Foster while Ryan, after winning six Super Rugby titles with the Crusaders, is responsible for overseeing the Kiwis’ engine room.

“There is no hiding from it, the All Black pack has been dented,” said Ryan on Tuesday.

“In the forwards’ meeting, we didn’t hide anything and have been really honest, we have to be. We are disappointed, we will move on and get better quickly – because we have to.”

ALSO: Stick: Boks not focused on All Blacks

Ryan admitted it was a tough decision to leave the Crusaders and charismatic head coach Scott ‘ Razor’ Robertson: “We worked together 12 years. I’m a loyal person … [but] it’s a chance to coach my country and it’s a dream to be an All Blacks forwards coach.

“It’s all very well getting a job. Now you’ve got to do it. It’s probably everything I expected and more.”

On the challenge that awaits him preparing the Kiwis to battle the Boks in the Republic, he added: “We’ve got to stop mauls, that’s for sure. There’s a bit of work that needs to go into that and our contact area.

“We’ve got to do what’s going to work for us. The Crusaders’ success has been built over a long period of time whereas we’ve got a Test match in just over a week, so we’ve got to get a few critical things in place really quick. I’m confident we’ve made some progress.”

There has been a huge outcry in New Zealand, with some pundits calling for Foster to have been fired, too, following this month’s 2-1 home series loss to Ireland.

But, the embattled coach has insisted that there is no panic in their ranks before facing the Boks in SA, even though back-to-back home defeats by Ireland mean the All Blacks have just one win from their past five games.

MORE: ‘Wounded’ All Blacks revved up for Boks

“We didn’t get what we wanted out of that series, so to come together and put in the work again is the best thing for this group,” Foster added.

“We’re not panicking, I’m not sure about the rest of the people,” he tersely replied when asked if the key to facing the Boks is not to panic.

“With all the emotions around when you lose a series, it’s easy for people to scratch at you and poke holes. I get all that.”

Foster badly needs a victory to restore faith, starting with two Tests on 6 and 13 August against the world champions in SA.

“We’re going into the Rugby Championship to try to win, it’s a big challenge, but what a great opportunity for us,” he added.

Flyhalf Richie Mo’unga said the players are relishing the chance to right a few wrongs, “because we know we are better. We need to make a statement about who we are as All Blacks”.

The post ‘Dented’ All Blacks not panicking for Bok duel appeared first on SA Rugby magazine. 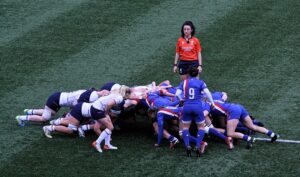 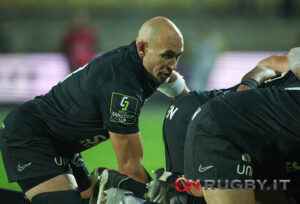 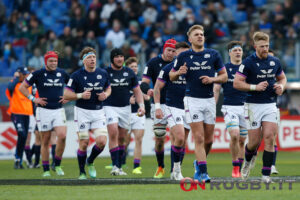 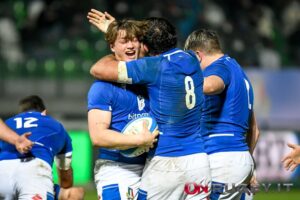 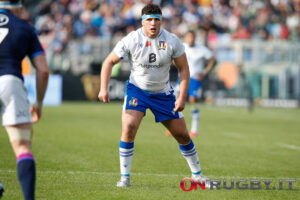 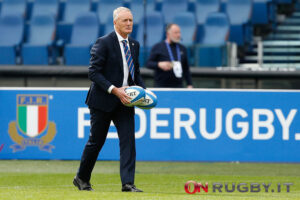